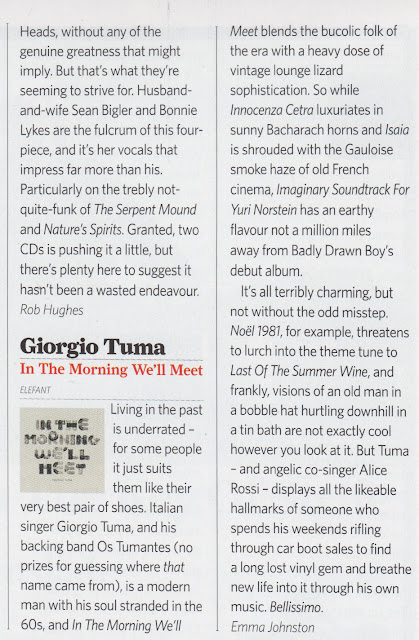 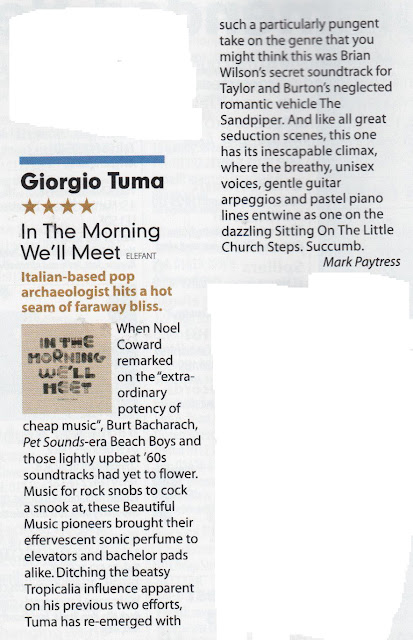 APB in The Mail On Sunday

The Method in Peterborough Today 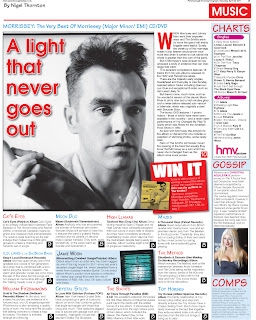 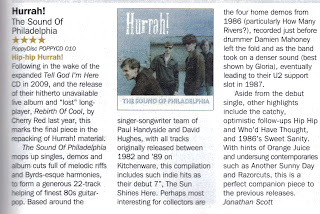 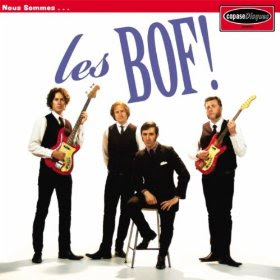 Sixties-style garage rock can really hit the spot. Snotty vocals, amped-up guitars and an attack that draws from The Kinks, Pretty Things and so on can be just the tonic when a sea of tougher to process stuff is drowning everything else out. But unless you’ve been at a million years – cf Billy Childish – or have some spiffy new spin, it’s hard to stand out. Europe is littered with besuited combos with the right haircut. The tack that Les Bof! take is to do it in French.

Les Bof! are actually Edinburgh based. Only singer Laurent Mombel is French, aMarseilles transplant. Guitarist Angus McPake is the band’s founder and also plays with the long-running Thanes. All three non-Mombels are also in Preston Pfanz and the Seaton Sands. Nous Sommes is on a German label. This cross-European scene is full of entanglements.

Although French Sixties’ originals to draw from are pretty scarce, Les Bof! have a bit to nod towards. The wonderful Les 5 Gentlemen, from Marseilles, are a combo Mombel no doubt knows about. A lot of early Jacques Dutronc had a garage edge, so did a few cuts by Eric Charden. Ronnie Bird was a short-lived one-man Rolling Stones, and Les Boots were stellar. The covers on Nous Sommes are French-language songs, but not from France: “C'est Fini” was originally by Belgium’s Les Sunlights and "Vivre Avec Toi” by Québec’s Les Misérables.

Nous Sommes’ opener, “Rue Marcel Sembat”, reconfigures The Stones's “2120 South Michigan Avenue” with fuzz guitar. “Mon Heure” bolts The Kinks’ “I Need You” to a folk-rock break. “Ne Me Jette Pas” inverts the “Leaving Here” riff as defined by Ron Wood’s early band The Birds and injects a Bo Diddley rave up. The French accent and vocals top it all off with a sneer. Nous Sommes is all wild, all wired, all powerfully expressed. Its 35 minutes are a breathless rush.

Bof is French shorthand for “don’t care”. Judging by their sharp look and the attention paid to their chosen sound, the band do care. The name then invites the question of whether anyone should care about Les Bof? Live, they’re no doubt a blast, but their energy is akin to a hamster’s on a wheel, going nowhere. With little added to the stew beyond the language twist, you might as well listen to the inspiration rather than the inspired.

EP Review: The Wicked Whispers - The Dark Delights of…

Friday, July 29th, 2011Take the edge-of-macabre organ stylings of The Doors and apply it to a slowly swaying, retro-jangle with a British accent. Add some plaintive harmonies and a slightly modern sensibility a la House of Fire’s overlooked 2008 album, and what you end up with is Wicked Whispers. On their debut EP The Dark Delights of the Wicked Whispers, the group is careful not to offer up anything too new, and that will suit plenty of listeners just fine. They’re from Liverpool, but they don’t sound a whole lot like what they call “that other group” from their hometown.

There’s a dreamy, swirling ambience on all five tracks. A bit of sunshine pop creeps in, but the group’s sound remains solidly structured around the broken-chord Farfisa organ work of leader/songwriter Michael Murphy.

With a title like “Amanda Lavender” you’ll have some idea what to expect. The song gently ebbs and flows, and there are many elements here to hook the listener: the organ lick and the chorus harmonies are but two.

“House of Peppermint” kicks off sounding a bit too much like “Amanda Lavender, Part Two” with different lyrics. Same key, similar organ run. As the track unfolds, it goes some slightly different places, but one wonders if some more creative track sequencing should have been considered.

“Flying Round in Circles” changes key and time signature, thank goodness. The waltzing number has a vaguely folk-rocking edge (or, more precisely, lack of edge), not wholly unlike Fairport Convention…with a Farfisa.

On “Odyssey Mile” the band finally kicks into gear, employing a stomping beat (and even a brief bass solo line), but any potential heaviness is leavened by Murphy’s “riding on a unicorn” lyric (no, really). But befitting that other group’s legacy, the four songs on The Dark Delights of the Wicked Whispersare short and to the point. Time will tell if the band is able to expand on their approach and craft a full album’s worth of music. The style’s great and the execution is precise; it’s more variety that’s needed. Worth watching.